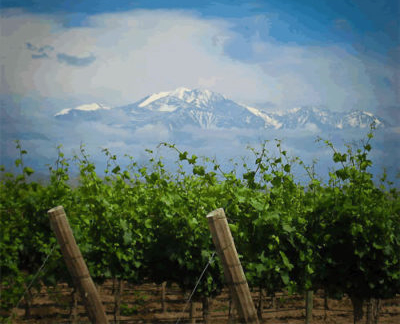 The Mendoza Province is one of Argentina’s most important wine regions, accounting for nearly two-thirds of the country’s entire wine production. Located in the eastern foothills of the Andes, in the shadow of Mount Aconcagua, vineyards are planted at the some of the highest altitudes in the world with the average site located 600–1,100 metres (2,000–3,600 ft) above sea level. The principal wine producing areas fall into two main departments-Maipú and Luján which includes Argentina’s first delineatedappellation established in 1993 in Luján de Cuyo. The pink-skinned grapes of Criolla.

Grande and Cereza account for more than a quarter of all plantings but Malbec is the region’s most important planting followed closely by Cabernet Sauvignon, Tempranillo and Chardonnay.[1] Mendoza is considered the heart of the winemaking industry in Argentina with the vast majority of large wineries located in the provincial capital of Mendoza 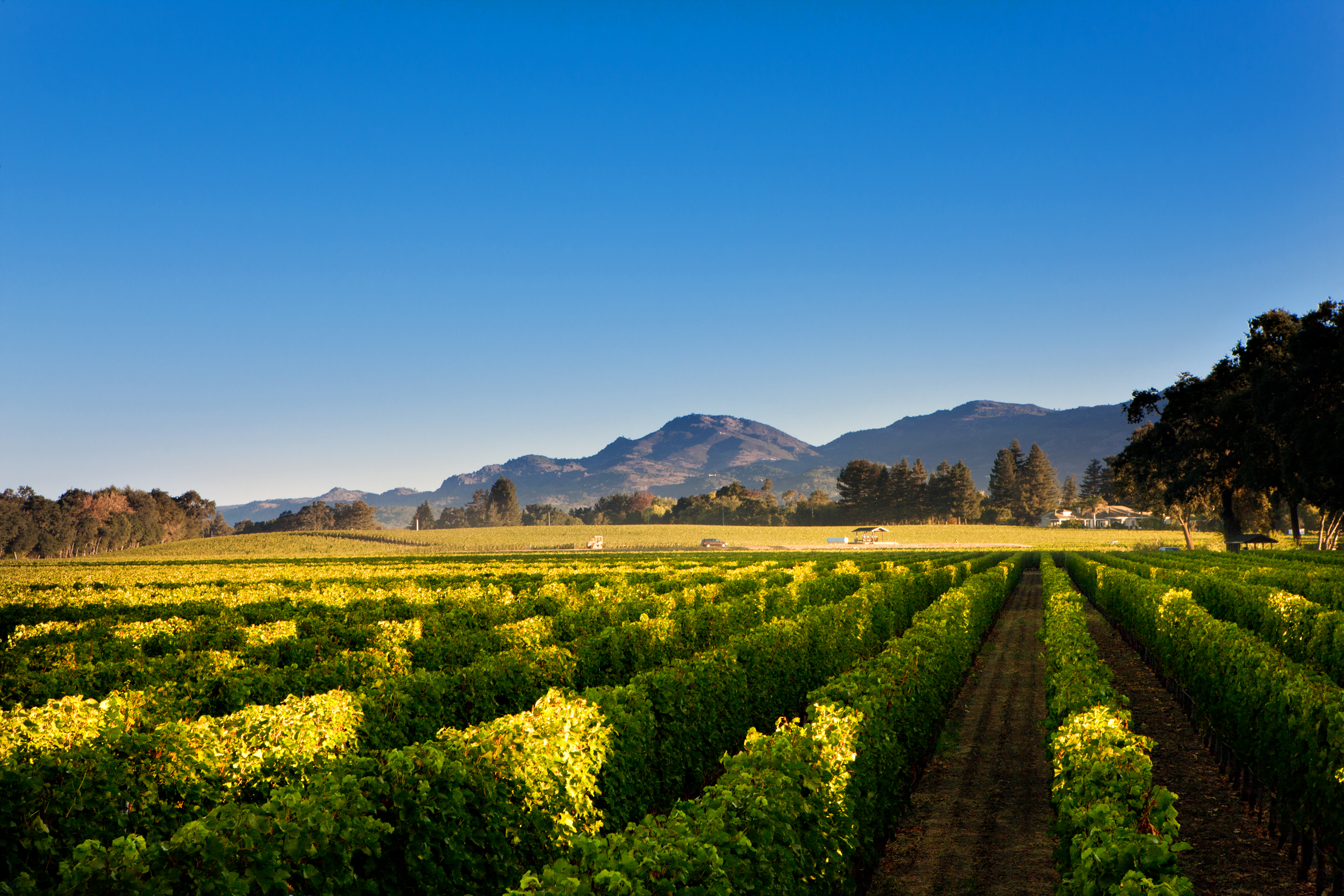 California wine is wine made in the U.S. state of California. Nearly three-quarters the size of France, California accounts for nearly 90 percent of American wine production. The production in California alone is one third larger than that of Australia. If California were a separate country, it would be the world’s fourth-largest wine producer.

California is very geologically diverse region and is equally varied in the range of climates and terroirs that can be found. Most of the state’s wine regions are found between the Pacific coast and the Central Valley. The Pacific Ocean and large bays, like San Francisco Bay serve as tempering influences to the wine regions nearby providing cool winds and fog that balance the heat and sunshine.

California has over 427,000 acres (1,730 km2) planted under vines mostly located in a stretch of land covering over 700 miles (1,100 km) from Mendocino County to the southwestern tip of Riverside County. There are over 107 American Viticultural Areas (AVAs), including the well-known Napa, Russian River Valley, Rutherford and Sonoma Valley AVAs. The Central Valley is California’s largest wine region stretching for 300 miles (480 km) from the Sacramento Valley south to the San Joaquin Valley. This one region produces nearly 75% of all California wine grapes and includes many of California’s bulk, box and jug wine producers like Gallo, Franzia and Bronco Wine Company. 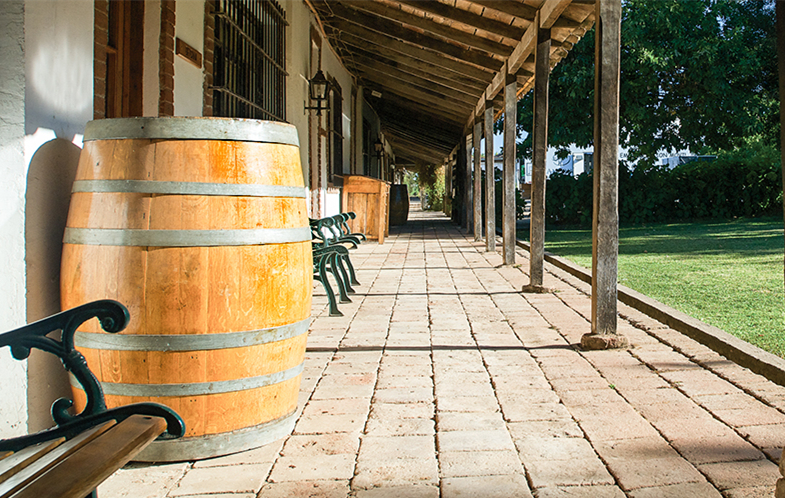 Chile has a long viticultural history for a New World wine region dating to the 16th century. In the mid-19th century, French wine varieties such as Cabernet Sauvignon, Merlot, Carmenère and Cabernet Franc were introduced. In the early 1980s, a renaissance began with the introduction of stainless steel fermentation tanks and the use of oak barrels for ageing. Wine exports grew very quickly as quality wine production increased. The number of wineries has grown from 12 in 1995 to over 70 in 2005. Chile is now the fifth largest exporter of wines in the world, and the ninth largest producer. The climate has been described as midway between that of California and France. The most common grapes are Cabernet Sauvignon, Merlot and Carmenère. 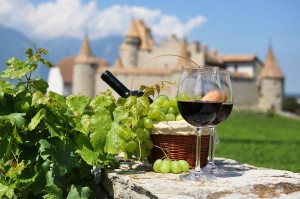 France is one of the largest wine producers in the world. French wine traces its history to the 6th century BC, with many of France’s regions dating their wine-making history to Roman times. The wines produced range from expensive high-end wines sold internationally to more modest wines usually only seen within France.

France is the source of many grape varieties (Cabernet Sauvignon, Chardonnay, Pinot noir, Sauvignon blanc, Syrah) that are now planted throughout the world, as well as wine-making practices and styles of wine that have been adopted in other producing countries. There are some famous wine producing regions in France including BORDEAUX, MEDOC, BOURGOGNE, GRAVES, PROVENCE… 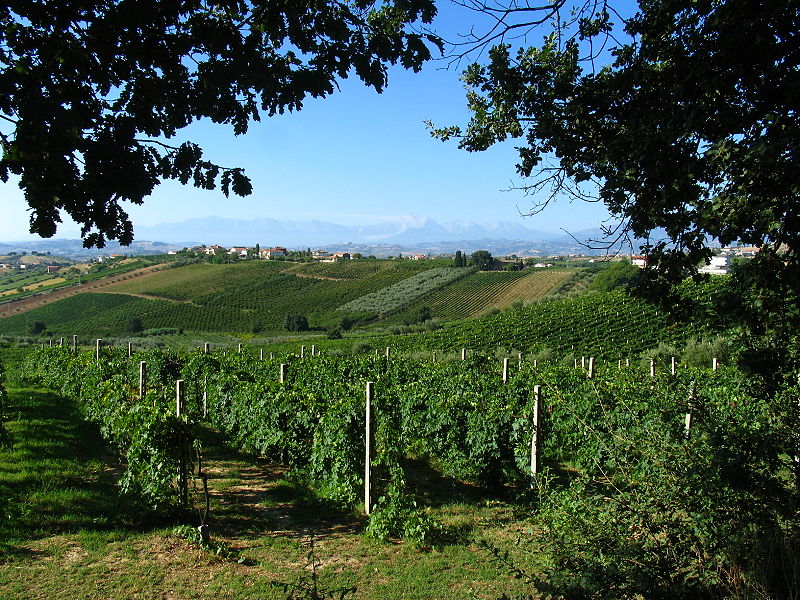 Italy is home to some of the oldest wine-producing regions in the world, and Italian wines are known worldwide for their broad variety. Italy, closely followed by France, is the world’s largest wine producer by volume. Its contribution is about 45–50 million hl per year, and represents about ⅓ of global production. Italian wine is exported around the world and is also extremely popular in Italy: Italians rank fifth on the world wine consumption list by volume with 42 litres per capita consumption. Grapes are grown in almost every region of the country and there are more than one million vineyards under cultivation.